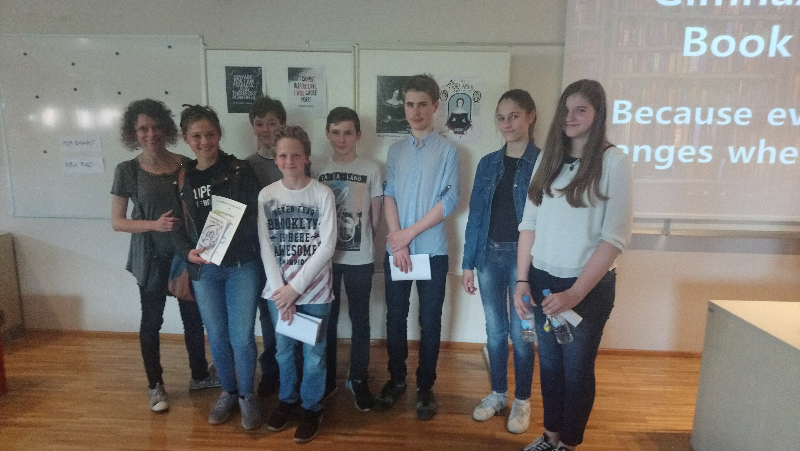 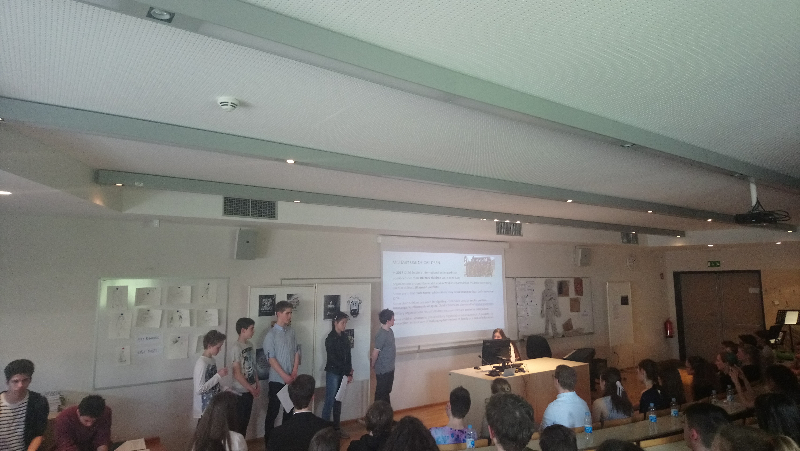 The winning stories
Thirst for knowledge

Humans are amazing creatures. Unlike most animals, people are empowered by free will, driven by the endless potential of our brains. Is short, we can do whatever we set our minds to. Our thirst for knowledge has brought us far beyond the limits of our planet. We have learnt and discovered so much and yet, we have brought so many people and animals and our planet down. The greed encoded into our DNA has constantly been misusing the achievements of centuries of exploration and now we find ourselves on the brink of global destruction. We have managed to crush the beauty of the balance of our ecosystem. In the end, however, the Earth will have the final say, although this may bring about the destruction of our race, the most sophisticated animal ever.

She is the light that saved me. And I’m thankful for having her in my life. I had never believed in love until I was blinded by her smile, which completely changed my perspective on life and the world. She has made me a better man.
I was a heartless womaniser and brainless gang leader who loved challenging death. And yet, now the thought of it drives me crazy, for I know for a fact, it will separate us for ever. When I die, I’m certainly going to end up in hell. Rightfully. She belongs to heaven though.
She has saved me from destruction, so now I opt for life, for life with her.
Semajla Šarić

The other stories
Lottery
Zoe came from a small town where everybody knew everybody. She, however, managed to remain anonymous even there.
Lottery was the main source of entertainment. Zoe had tried her luck too, but never won anything.
Sunday, 2nd March 2018, however, was the date Zoe would never forget. Along with the greatest stake won in decades, came a great number of new friends, Zoe realised. Suddenly everybody noticed her and wanted to share her company.
Emphatic as she was, Zoe wanted to share her luck with the less fortunate ones, so she organized a party, the sole intention of which was to raise money for charity.
Lots of guest arrived. However, after Zoe asked them to contribute money, they all found some sort of an excuse to leave.
Soon, Zoe found herself alone with an old woman who approached her and revealed her the fact of life: »No money, no friends.«
Zoe knew very well the old lady was telling the truth.

The museum of modern art opened in the city last month and curator jobs were still available, Graham Green read in a newspaper. He was jobless. Again. So he had nothing to lose. His highly profound, though mostly fabricated, CV obviously convinced the director to invite him on the interview. So on Thursday morning Graham met the man in his quarters. He was quickly subjected to a simple test in art history. Green was asked to comment a landscape painting. After a long contemplation, Graham said, “Nice. A very sophisticated piece of art, indeed.” The director kept quiet and saw Graham out.
The next candidate exhibited much deeper insight into artistic world. Referring to the interesting contrast in the use of colours and techniques, he instantly named the author of the painting, a Swiss artist, Mathias Zurbringgen, who, in 1897, portrayed his daring climb to Aconcagua. Whom of them did the director employ?
He employed Mr. Graham, because his zest for the world of art had abandoned him a long time ago to give way to the rise of capital and its plentiful audience. The director needed ignorant employees to keep their wages low, while piling fortune for himself, for no money, no friends.

I am completely immersed into the breath-taking sunset. Suddenly this thought appears. What if somewhere out there, there is somebody just like me, amazed by the very same sunset at this very moment? What if this person lives the same life and has the same personality as me? Everything is related somehow, I guess.
My eyes wander around the street, glancing at passers-by talking, laughing, contemplating…. Is there my twin soul among them? Closer than one can imagine?
We’ll never be sure about such things, since there is still so much of our planet that remains a complete mystery.

Fifteen years ago, my family lived in horse stables, literally. My mum lost her job, because the shop where she had worked, went out of business, and my dad was struggling setting up his own. Despite the awful situation they found themselves in with their little son, they were strong enough to never lose hope and remain optimistic about the world and people surrounding them.
Two years later, they had another baby – that was me. And it all seemed that at the hour of my birth, my family’s luck changed for the better. I was born to save my family and give them opportunity for a new beginning.
Now, we are a happy family and we live in a very beautiful house, and we are still driven by our optimism.

It is the year 2732. My name is Jake Baker. I live in a small house with my mum. She doesn’t want to admit we’re poor, she just says that we’re not rich. But, that’s beside the point. The Big People. That’s what we call the people who run our planet. Nobody knows them but they say they watch our every move through hidden cameras. One of the cruellest things they’ve ever done was that they’ve banned school for all who cannot afford it. Mum couldn’t pay the school fee, so I had to drop out. So every night, because of my thirst for knowledge, I sneaked into the library and read books till two in the morning.
One night while I was reading Shakespeare’s sonnets, I saw a blue light coming from behind one of the bookcases. I went to see what it was. The light was coming from some kind of a machine. A man was attached to it with a transparent tube and some men were standing around him. Suddenly, a book fell off the bookcase behind which I was hiding. One of the men saw me and grabbed me by the hand. I bit his hand and ran away. I hid in the basement. It was deep underground, but I could still hear the men’s voices. They spoke of a plan to destroy half the humans on the planet because it was getting too crowded. The thought of it sent shivers down my spine. So I didn’t listen anymore. Instead, I came up with a plan of how to stop them. I called the police, then went back into the library and hid behind some boxes that were just a few metres away from the men. Then I grabbed one of the boxes and threw it onto the machine. It shattered into thousand pieces. The men ran out of the library, but the police were already waiting for them.
They congratulated me and gave me a reward. All’s well that ends well!